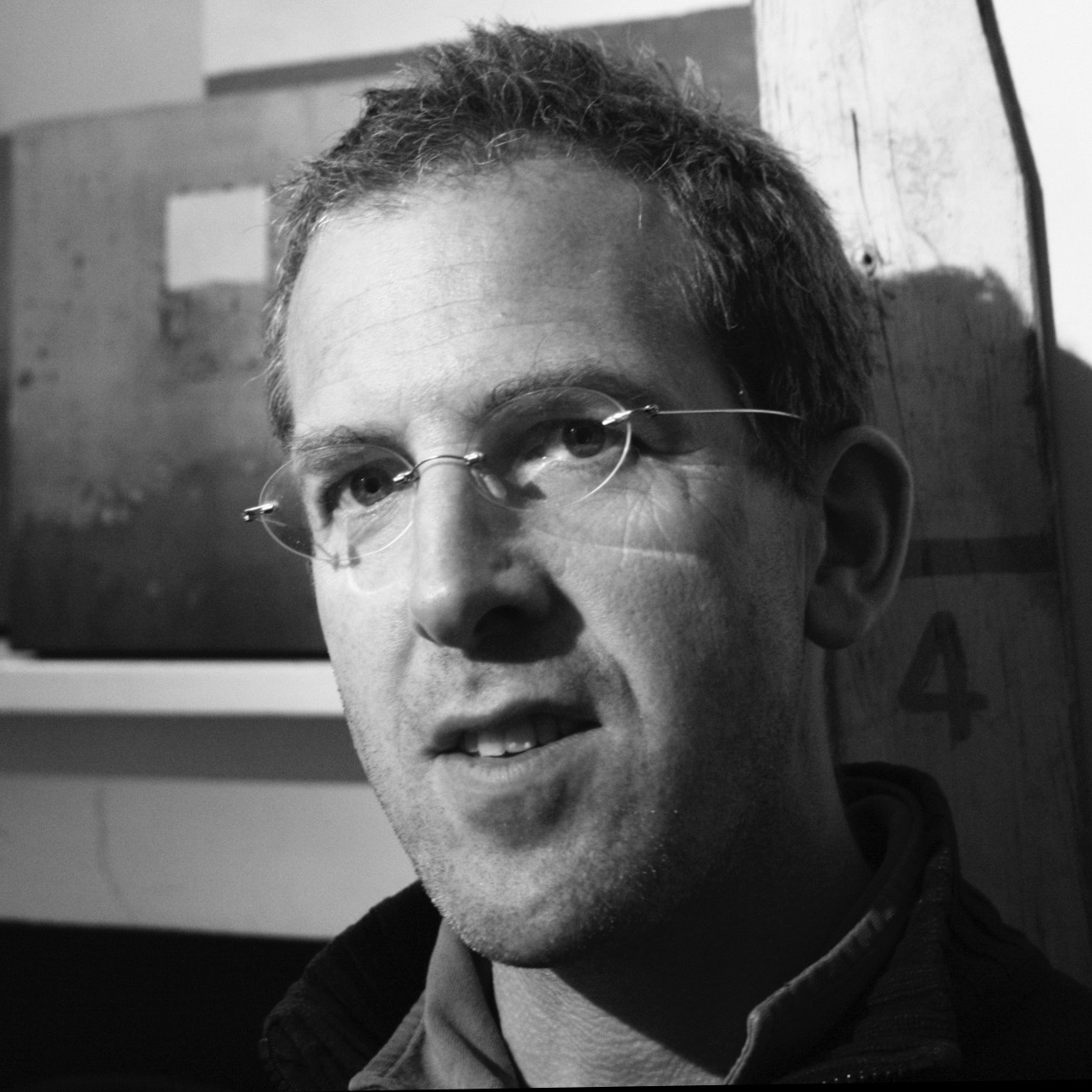 Luke Elwes (born London 1961) spent his early years in Tehran, where the light and space of the desert were a formative influence. He studied at Camberwell school of Art (UAL) and holds undergraduate and research degrees from Bristol University and University of London. He worked briefly at Christie’s following graduation, and after meeting Bruce Chatwin in 1987 he went to the central Australian desert to explore the landscape and its place in indigenous storytelling and artforms. Since then he has spent extended periods of time travelling and working in India, Asia and North Africa. In 1998 he was artist in residence on an expedition to Mount Kailash in western Tibet, and returned to the Himalayas in 2008 to explore the remote kingdom of Mustang.

For the past two decades Luke Elwes has alternated his time in the London studio with long periods spent out on location making works on paper. Beginning with the Osea series, created over the course of a decade on a small island off the east coast, in recent years he has gone on to make significant bodies of work on paper during residencies in the USA, at the Vermont Studio Center (2013) and the Albers Foundation in Connecticut (2015). In 2022 he was visiting fellow at the Ballinglen Art Foundation.

The idea of a journey is central to his painting, both its physical and temporal unfolding and its recollection in memory. The surfaces recall maps, tracing the marks of history and the fragile signs of belief, and moving between what is revealed and concealed of these often empty and distant terrains. Rooted in the particular, the images also probe an interior space. The art critic Andrew Lambirth has written about them: ‘The map is nearly erased, a distressed palimpsest; it is difficult to decipher a single clear meaning. The viewer must, like a scryer, read the signs and interpret accordingly’. More recently the writer Robert Macfarlane has described how ‘they hover between encryption and archetype, enigma and fabulous openness’.

Elwes’s territory is both familiar and strange, distant and yet somehow known. As the French philosopher-poet Gaston Bachelard wrote in Poetics of Space, “We cover the universe with drawings we have lived.” The thinly layered surfaces echo patterns of weather and erosion; marks are made then washed away or erased. Ancient pathways across plains, deserts or fields are suggested to create, as Elwes has said, “spaces which are mapped by belief rather than measured by science”. These pathways are markers in the emptiness of the canvas, making sense of the space as they also attempt to make sense of the world. (Sue Hubbard, The Independent 2004) 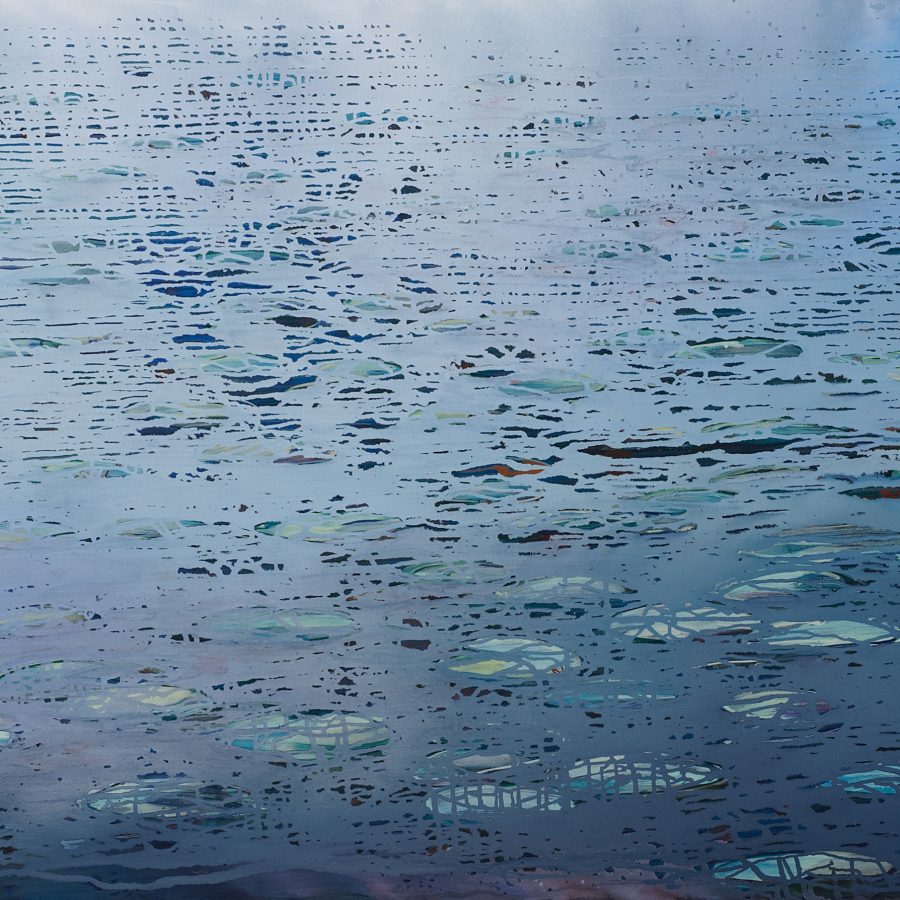 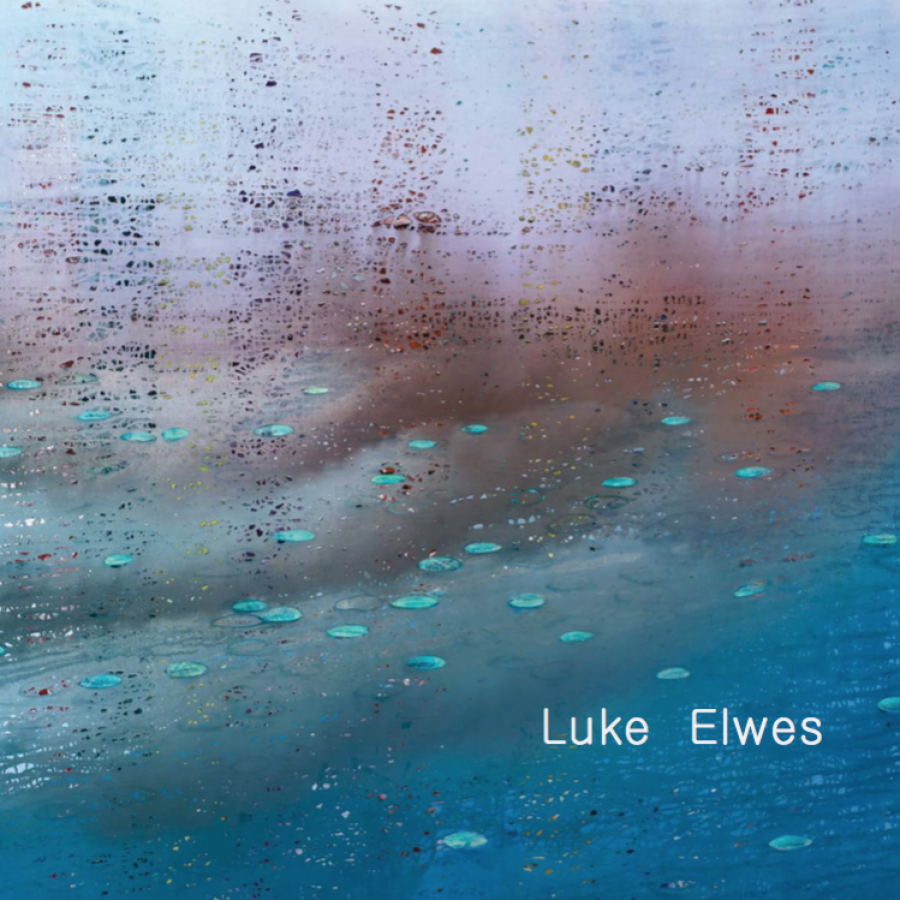